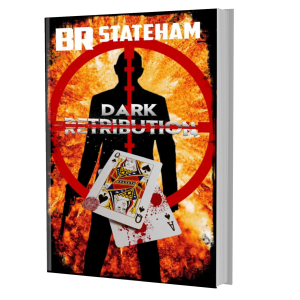 “Smitty is a character the author has written over thirty stories with, and this first longer novel is a great introduction for readers who haven’t read anything yet. The story is classic crime fiction with a dash of noir, a generous helping of action adventure and great interactions between some really unsavory people.

I’ll be going back to read the previous stories, and look forward to the next book in this series!” – Armand Rosamilia, author of Dirty Deeds

B.R. Stateham is a fourteen-year-old boy trapped in a seventy-year-old body.  But his enthusiasm and boyish delight in anything mysterious and/or unknown continue.

Writing novels, especially detectives, is just the avenue of escape which keeps the author’s mind sharp and inquisitive.  He’s published a ton of short stories in online magazines like Crooked, Darkest Before the Dawn, Abandoned Towers, Pulp Metal Magazine, Suspense Magazine, Spinetingler Magazine, Near to The Knuckle, A Twist of Noir, Angie’s Diary, Power Burn Flash, and Eastern Standard Crime.  He writes both detective/mysteries, as well as science-fiction and fantasy.

In 2008 the first book in the series featuring homicide detectives Turner Hahn and Frank Morales came out, called Murderous Passions.

Also, in 2008 he self-published a fantasy novel entitled, Roland of the High Crags: Evil Arises.

In 2009 he created a character named Smitty.  So far twenty-eight short stories and two novellas have been written about this dark eyed, unusually complex hit man.

In 2017 a British indie publisher, Endeavour Media, re-issued A Taste of Old Revenge, and soon followed by a second Turner Hahn/Frank Morales novel entitled, There Are No Innocents.

In 2018 Endeavour Media published a third novel of mine, the first in a 1st Century Roman detective series, entitled While the Emperor Slept.

Now, after all of this apparent success, you would think Fame and Fortune would have sailed into my harbor, making me the delight of the hard-core genre world. Ah but contraire, mon ami! Fame and Fortune are two devious little wraths who pick and chooses the poor souls they wish to bedevil. I remain in complete anonymity and am just as bereft of fortune as I have always been. And apparently will continue to be for a long time to come.

B.R. Stateham has a blog called, In the Dark Mind of B.R. Stateham – http://noirtaketurner-frank.blogspot.com/ 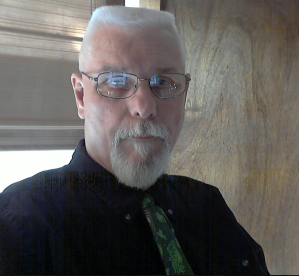 One thought on “Review: Dark Retribution by B.R. Stateham”