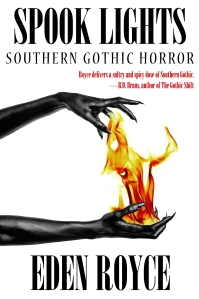 The Kitchening: There Can Be Only One

I’ll admit it. My motivation has been waning lately.  Possibly because I’m still adjusting to a new country—England—after my international move last year.  I’m still working on that driving on the left side of the road thing. And don’t get me started on roundabouts.

Yeah, it’s that kind of party.

So my writing has slowed. I’ve tried to motivate myself by plunging into other artistic mediums to find inspiration. Painting—no poetry—was the worst. I still shudder at the results from that attempt.

None of my attempts worked. Then I saw a picture of a deluxe KitchenAid mixer tricked out with a Wonder Woman decal. And I knew I had to bake something.  I found a transformer on Amazon so I can use my American KitchenAid here in the UK. Now that is a device that should be tricked out with a decal—possibly of Optimus Prime.

To me, baking is scientifically creative. It is an art form that touches all of the senses.

So I took to my kitchen (After two trips to the store because I forgot one thing…each time…), and churned out two white chocolate pound cakes, a pan of crunchy peanut bars, and some dark chocolate mousse made with almond milk.

Hours later, almost too exhausted to hold my glass of Shiraz, I headed to the computer. While the pictures I took of the entire process downloaded, I realized I knew the next step in my novel—novella—whatever.

Being successful in one undertaking can carry over into another. My kitchening helped me move past a significant stumbling block in my writing process. Between spoonfuls of dark chocolate mousse, I wrote. And wrote.

My protagonist now has multiple hurdles to cross. There’s someone he wants to help, but there are numerous reasons he shouldn’t. His best friend has started to show his dark side. And the dead are talking to him.

It’s good to be back on the page.

Oh!  And let me know if you want the recipe for the peanut bars.

Bio:  Eden Royce is descended from women who practiced root, a type of conjure magic in her native Charleston, South Carolina, which inspired her most recent release, Spook Lights: Southern Gothic Horror. She currently lives in Kent, The Garden of England, with her husband and a maniacal black cat named Samurai.

She also writes a regular feature for Graveyard Shift Sisters, a site dedicated to purging the black female horror fan from the margins and in her dwindling free time, reviews books for Hellnotes.

When she’s not writing, Eden loves roller-skating, watching quiz shows, and perfecting her signature dish for Masterchef. Learn more about Eden’s brand of horror at darkgeisha.wordpress.com and at edenroyce.com.