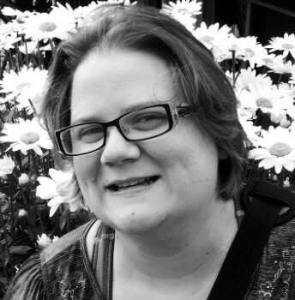 A writer friend of mine was helping me edit a short story for a competition recently, and I mentioned to her how long it had been since I had entered a contest or submitted a story.  She just looked at me and said, “I never have.”

She has a B.A. in creative writing and is talented, capable, and produces quality work.  Not only has she never submitted, but the idea completely terrifies her.  I thought I was the only one.

I had no trouble submitting when I first decided to become a writer.  I was maybe nine years old and had been writing stories for a few years.  I told everyone that I wanted to be a writer.  I wrote a story I liked and sent it to a few publishers.  I got nice form rejection letters back from them that my mother saved.  I was undeterred.

A year or so later, after doing some research, I discovered the whole idea of querying.  How wonderful to not even have to send the whole manuscript!  I started querying for a book I hadn’t even written yet.  My query letters started with “I have written a short book.”  It wasn’t close to true or close to the right way to query.  I got more preprinted postcards back from publishers.

At thirteen, I had a short story published in the local newspaper, which occasionally printed fiction by kids (it was a simpler time.)  I got lots of nice compliments on it, but it also made me nervous.  This whole idea of getting published…it meant someone was actually reading what I wrote.  I think that’s when I stopped submitting.

I didn’t stop writing.  Like a lot of writers, I could never shake the bug, so in the decades since that time I’ve written a lot and published very little.  I always figured I would get published…someday.  I’m running out of somedays.

This spring, something made me take the leap, so I launched a short fiction podcast.  I now record some of my own work plus a lot of work by other writers, and send it out into the world.  It has been exhilarating.  And terrifying.

The first time I hit publish and sent my words out to Internet-land, I was terrified.

The first time I sent out a call for submissions and asked other writers to trust me with their words, I was terrified.

The first time I asked my friends and family and social network to listen to the show, I was terrified.  Also the second time.  And the third.  Turns out people don’t listen very well and you have to ask them more than once.

I now have five episodes of the podcast out and am working on a sixth.  I have contributors lined up and episodes planned for at least seven episodes after that and am reading more submissions every day.  I took the leap and spent some of my hard-earned money on a nice mic so I can really do this right.  We even have listeners.  It turns out that while completely terrifying, starting a podcast and becoming an editor were totally doable and really not all that hard once I got past my own fear.  And, as is usually true, stepping outside my comfort zone helped me learn a lot.

I’ve learned that there is a need for community among writers.

I’ve learned that everyone is scared.

I’ve learned that sharing your work is worth it.

I’ve learned I’m not the only writer with good work in a drawer waiting to be shared.
Every day, I learn to be a better writer, a better reader, and a better editor.

There are a lot of voices out there.  It’s a crowded marketplace.  There are a million author blogs, books, and literary websites.  Does the world really need yours?  Google “start a literary journal” or “start a blog,” and you’ll get some good advice, some terrible advice, and a lot of people telling you what’s the point, there’s too much out there, do you really have something unique to say?

Well, nine-year-old me didn’t have a lot that was original to say, but she submitted her little behind off because she hadn’t yet learned to be afraid.  And I’ve waited way too long to try to get her confidence back.  After all, I have just one voice.  Mine.

This 1920s quote from author John A. Shedd informs my writing a lot: “A ship in the harbor is safe.  But that’s not what ships were built for.”  Where does your writing belong?  Where it’s safe?

I know.  The answer is terrifying.

Kris Baker Dersch is a full-time mom and freelance writer living just outside of Seattle, WA.  She produces and edits the flash fiction podcast No Extra Words and is working on a novel.  Follow her adventures in writing and editing at http://twitter.com/noextrawords, and get the podcast on iTunes at https://itunes.apple.com/us/podcast/no-extra-words/id1000095644?ls=1 or find out more and submit your story at http://noextrawords.wordpress.com.