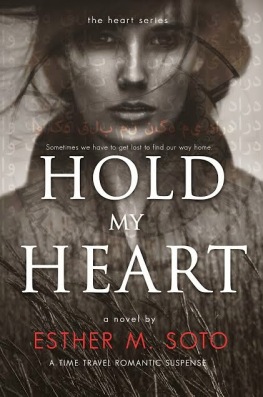 On a manhunt for a serial
killer, FBI Special Agent Ileana Harper falls through a break in time, ripping
her from the present and everything she knows. After forming an uneasy alliance
with the man who comes to her rescue, she unearths long-buried family secrets.
Spiraling out of control, she clings to memories of Tommy, her partner and best
friend of eight years, to keep her sane, fearful she may never see him again.
FBI Special Agent Tommy
Colton relies on Ileana to keep him grounded; she’s the closest thing he’s ever
had to love in his life. When Ileana disappears, leaving no trace, he falls
apart. Without her beside him, Tommy is about to face the biggest challenge of
his career, if not his life.
While trying to find a way
home, Ileana races to determine the killer’s identity and discovers he might be
closer than she realized. Will she risk everything to catch him, or sacrifice
justice to find her way back to Tommy before it’s too late? 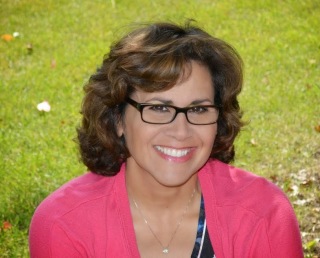 Esther grew up in the
beautiful Caribbean island of Puerto Rico before meeting and marrying her soul
mate. A former military wife, she’s the mother of three boys, explorer, avid
reader, communications professor, and knowledge hound. An Army Mom at heart,
Esther resides in MN where she spends her days teaching human communication and
public speaking, and writing about love, romance, and life. Hold My Heart is
her first novel.