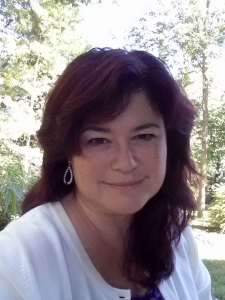 Yes, “Smiles” really is my last name, not a pseudonym. Not only that, I willingly took the name when I got married. I figured no one would forget it, and I was right!

Fellow author, Michael Williams recommended it, as did Frank Hall from That Book Place in Madison, Indiana. With people of that caliber recommending it, I had to get involved.

Choices, the second book in the Rothston Series was released last fall with Origins, the third book in the series coming out later this year. These are “an adventurous twist of genre” per the Midwest Book Review. I call them science fantasy. They’re fast-paced romps that leave the reader with something to think about in the end. 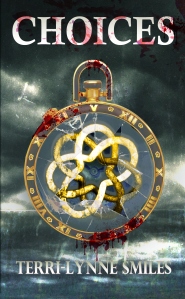 The Rothston Series centers on adepts – individuals who can covertly change the decisions others are making. They’ve organized themselves for the good of humankind, intervening in our affairs when necessary to save us from disastrous consequences. For example, they secretly stopped the Cuban Missile Crisis from becoming a nuclear war in the ‘60’s. But pursuing what’s best isn’t always that clear and can have deadly consequences, as the protagonist, an idealistic college freshman discovers.

Books 1 and 2, Foreseen and Choices, are available now, with Origins coming out in a few months. I’m thrilled to say that Foreseen was a bestseller on Amazon for six weeks, with Origins holding that title for four weeks longer, so the series is definitely catching on!

The “supernatural” powers in the Rothston Series are not based on magic or fantasy creatures, but on the science of quantum mechanics, grounding the abilities of adepts in the real world. Similarly, real world issues – such as Congressional gridlock and massive Ponzi schemes are mentioned, giving the fantastical story are plausible feel (some say more realistic than the real world).

The Midwest Book Review says Terri-Lynne Smiles has “a native talent for imaginative storytelling that her readers will find unfailingly enjoyable from beginning to end.” She prides herself on crafting novels filled with realistic characters, a heart-pounding pace, and a bit of a puzzle for both the reader and characters to chew on. Prior to becoming a full-time author, Terri-Lynne was recognized as a Best Lawyer in America, an Ohio Super Lawyer, and one of the Top 25 Female Attorneys in Ohio. When not writing, she and her husband spend their time playing with their mentally-challenged dog, drinking wine, and laughing at life’s little quirks. She is also supports the charitable community, including serving as board chair for the Ohio Association of Nonprofit Organizations.

One thought on “Spotlight On Terri-Lynne Smiles #Imaginarium”