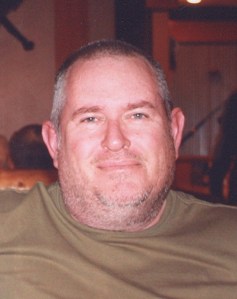 How did you get involved in the Authors Supporting Our Troops event?

Facebooking is the answer. Social media like Facebook has grown so much and become such a great networking and connecting tool that not to use is like shutting the door on yourself.  I became aware of this event through friends of friends on Facebook and was able contribute to a very worthy effort that I have a personal interest in while also expanding my social network. 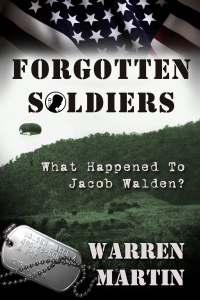 “Forgotten Soldiers: What Happened to Jacob Walden” was my first novel released in 2012 under the Historical Fiction genre, although it has also been classified as Military/War and Cold War.

Cold War Mystery about an Air Force Captain shot down over Vietnam in 1970 and the untold story of why he never returned home. Forty years later a Journalist investigates what may be the sudden reappearance of Jacob Walden, follows the trail to find him, and along the way encounters a secretive and seasoned Cold War Operative who may have answers to the question about “What Happened to Jacob Walden,” and why he never returned home.

Many or even most readers comments have been that once they started to read the book that they found themselves finishing it in one reading –“Couldn’t put it down.”  There is an underlying message to create awareness of the POW/MIA issue, and although a fictional novel, it is written in a manner that readers have commented about, and had to remind themselves that the story is fiction. It is also difficult to give a detailed description because to do so would be to give Spoiler Alerts, which readers have so far respected and not given away.

Warren Martin is a Cold War Veteran who served 21 years in the United States Army in the Infantry, Military Police, and the majority of his career in Special Forces (Green Berets).  Warren has blended his knowledge and experiences with imagination and historical events to create his first novel, a Cold War Mystery titled “Forgotten Soldiers: What Happened to Jacob Walden.”

Warren currently lives in St. LouisMissouri with his Wife Debbie of 37 years and is pursuing writing, research, teaching, and support of fraternal, charitable and other organizations including his role as Vice President on the Board of the St. Louis Publishers Association and the Advisory Board for the Green Beret Foundation. Follow this link for Warren Martins Complete Bio.