Going to Hell is No Easy Task

The Highway to Hell series was my first real attempt at writing a novel. I had no idea what was going to happen as I wrote it, and as I have discussed before, I went through many versions before the story finally found its form.

In total I have been working on the series for about five years, and that is only for two novels. Why? Because I was not ready to write it, I had to change and mature a lot as a writer thanks to that series, and had I forced myself to write it any quicker, I would have fallen on my face.

Even sitting here now, I have 15,000 words written on the final installment, but I am almost certain that I am going to scrap the majority of them. Why? Because it needs to be. This series is my heart and my soul.

At times, even now when I sit and look at the series, the scope of it terrifies me. I will be honest. I could probably write several short stories that tie the three novels together and still not scratch the surface of everything that could be done.

I have ideas for the third novel. I know what I want to happen in the majority of the major plot points, but how I am going to get my characters there and which of them will survive to see it, I don’t know. I have three of four potential endings and storylines I could use, and knowing myself, the final version will resemble none of them.

I knew writing this series would be tough. I knew it would be a long haul, and that is why I am not afraid to take my time. To write other projects in between, be they novels or short stories, because I need to nail the ending to this series.

I could not be prouder of Highway to Hell, and love its sequel Trials and Tribulations. Now that I need to stand up, round off everything that I have started, I see myself staring down a great many gun sights, because this is it. The last hoorah on Hell’s highway, and I want to make sure it leaves its mark. 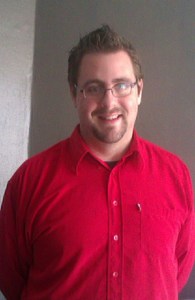 Born and raised in the coastal English town Lowestoft, it should come as no surprise (to those that have the misfortune of knowing this place) that I became a horror writer.

From an early age I was sent to schools which were at least 30 minutes’ drive away and so spent most of my free time alone, as the friends I did have lived too far away for me to be able to hang out with them in the weekends or holidays.

I have been a writer as long as I can remember and have always had a vivid imagination. To this very day I find it all too easy to just drift away into my own mind and explore the world I create; where the conditions always seem to be just perfect for the cultivation of ideas, plots, scenes, characters and lines of dialogue

I am married and have four wonderful children; James, Logan, Ashleigh and Damon. My biggest dream for them is that they grow up, and spend their lives doing what makes them happy, whatever that is.

For people who buy my work, I hope that they enjoy what they read and that I can create something that takes them away from reality for a short time. For me, the greatest compliment I can receive is not based on rankings but by knowing that people enjoy what I produce, that they buy my work with pleasure and never once feel as though their money would have been better spent elsewhere.