For the past couple of months I’ve been writing stories in my Flagler Beach Fiction Series, starting with ten stories set in Kokomo’s Cafe and I just finished the ten stories set in Golden Lion Cafe. Each story is about 2,500 words. I sell two stories (5,000 word total) each Friday or Saturday for 99 cents and then once all ten are released via eBook I do a complete eBook and Print book of them before moving onto the next book’s stories. 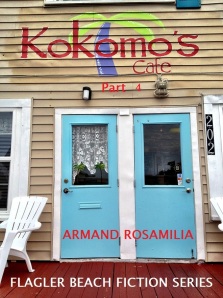 It’s allowed me to get quite a few releases out for each book (5 eBook 2-story releases, 1 complete eBook and 1 complete Print book for each, so 7 for each)… at this point it will be 7 books, so in theory I’ll have 49 releases just for the Flagler Beach Fiction series. That’s quite a lot of places for new readers to start with me, and it keeps my loyal readers constantly having new things to read. Each week, in fact. 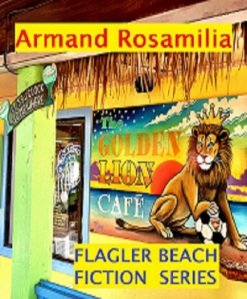 Besides that series, I’m also releasing other things as well, but right now the short stories seem to be taking precedent. The last two stories in the Keyport Cthulhu series, “Dagon” and “Evil” are being worked on for a release soon, and I have other short pieces currently being edited or first drafts completed.

Which all makes me very happy, because I’ve preached this a million times but it bears repeating: keep giving the people what they want.

Now, for the downside…

All of these longer pieces are suffering because I’m only nibbling on them each day, adding 250-500 words if I’m lucky. I’m ignoring them because it will take me weeks to finish each, and (in theory) I can knock out a short story in 2-3 days and get it into the edit/rewrite/final draft system and get it either out for submissions to an anthology or a publisher, or self-publish it myself.

I also keep adding more and more projects, which I cannot stop doing. I have an addiction.

But, after going through and seeing the two dozen index cards I have set up with all my various projects, I’ve decided to do something radical about it.

I’m just going to keep writing whatever I want to write, and if it’s a new batch of short stories… so be it. I just hope you keep reading everything I’m putting out.