I was born in the golden age of the B movie. Weened on the likes of Tentacles, The Claw, Plan 9 From Outer Space, and so many more. And the year after I was born, a man named George A. Romero began something very  new and very glorious – Night of the Living Dead. From that moment on, the horror genre would have a new threat to fear.

But the zombie sub-genre always seemed to have trouble gaining traction. Sure, the popularity would wax and wane – but the poor zombie always stood in the dark shadows behind the Vampire, the Werewolf, and the demons and devils, awaiting its turn.

And then came The Walking Dead. Based on a graphic novel from out of my state of residence (Kentucky), AMC developed the show that turned into a massive phenomenon. No one (not even myself) could have predicted just how popular the show would become.

Shortly following the rise in popularity of The Walking Dead, the zombie began to shamble its way into the hallowed halls of literature. Everyone decided it was time to pen a zombie novel – many of which were doing simply to cash in on the popularity of the genre. So those of us who had been writing and loving the humble zombie all along had to sit back and watch the floodgates open, knowing that tide will eventually ebb.

That’s not all. Those zombie walks – started years ago – have enjoyed a mad rush of fans. Zombie Runs – same thing.

Not that I’m complaining! With the rise in popularity of our undead friends, sales of zombie-themed books have also risen. How can I balk at that? Nor am I bitter about the coattail-army. Let them eat their fleshy cake as well. Along with The Walking Dead, we can now enjoy the flood of:

The popularity of The Walking Dead also inspired Amazon to begin filming their own, original series based on Zombieland.

Where is the bad in that (other than the fact that Emma Stone wasn’t cast)?

There is none! It’s all a glorious, living-dead party! In fact, there is a rise in the acceptance of horror in general. Look at television alone:

When was the last time television had five horror or horror-themed series running? In my lifetime… never. And recently, the reboot of Evil Dead dominated the box office on opening weekend!

Horror has always lived it’s undead life on the fringes of popularity, it’s fans relegated to being outcasts. And the rise of the zombie genre is made even more sweet in that it has done so of its own merit. The zombie doesn’t have the sex appeal or the gothic backdrop of, say, the vampire. The true fear in the zombie novel is not the monster itself but the fact that a pandemic such that would bring about The Walking Dead could truly happen. Be it by a corrupt government or big business (such as in my I Zombie series), a twist in Mother Nature’s sense of humor, terrorism, or a bad street drug gone horribly awry (aka Bath Salts) – the apocalypse is far more likely than a battle between the Vampire and Lycans or the release of a Pazuzu-level demon.

The idea that society could be crushed under the chaos of an apocalypse is mind boggling. When I consider that level of tragedy, and I look around me, I realize just how few would be able to survive. Especially in more modern cultures – mankind has become a creature of comfort, not of survival. That is what has led to a rise in the prepper culture and, quite possibly, added to the popularity of the zombie genre.

But no matter how you slice the necrotic flesh, I’m thrilled at the rise of my favorite horror sub-genre. Not only does it bring a smile to my face, it brings more readers to my books – and I like to think of that as a win-win.

Or should I say, a nom-nom? 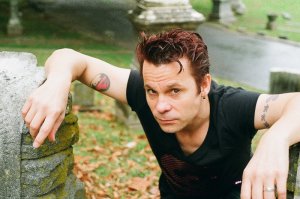 Jack has been given the title “Zombie King” by his readers and fans. He didn’t garner that title by dining on the brains of helpless victims. It was only after writing until his fingers and mind were nothing but meat for the beasts that he became a master of the zombie genre. During that haunted hay ride Jack produced works of fiction enjoyable by not just zombie fans, but anyone daring to take a peek into what might possibly become of humanity.